Elastic Stack is a collection of open-source technologies for containerized applications that incorporates Elasticsearch for data intake, storage, enrichment, visualization, and analysis. Elasticsearch is an open-source platform that ingests application data, indexes it, and stores it for analytics as a distributed search and analytics engine.

Elasticsearch is commonly referred to as a write-heavy database because it collects massive amounts of data while indexing a variety of data kinds. Kubernetes makes it simple to configure, manage, and grow Elasticsearch clusters to handle such large volumes of data. Kubernetes further abstracts cluster administration by making it easier to deploy resources for Elasticsearch using Infrastructure-as-Code setups.

While Kubernetes cannot retain all of the data created by a cluster, persistent volumes can be utilized to keep it safe for later use. OpenEBS provides local persistent volumes (LocalPV) that allow data to be stored on actual disks to help with this.

Many users, including the Cloud Native Computing Foundation, ByteDance (TikTok), and Zeta Associates, have reported their experiences with adopting OpenEBS for local storage management in Kubernetes for Elasticsearch on the OpenEBS community’s Adopters list (Lockheed Martin).

We’ll look at how OpenEBS LocalPV may provide data storage for Elasticsearch clusters in this guide. This manual will also cover the following topics:

Getting Started with Elasticsearch Analytics

The configuration of a typical 7 POD Elasticsearch cluster with three masters, two clients, and two data nodes is shown in the diagram below: 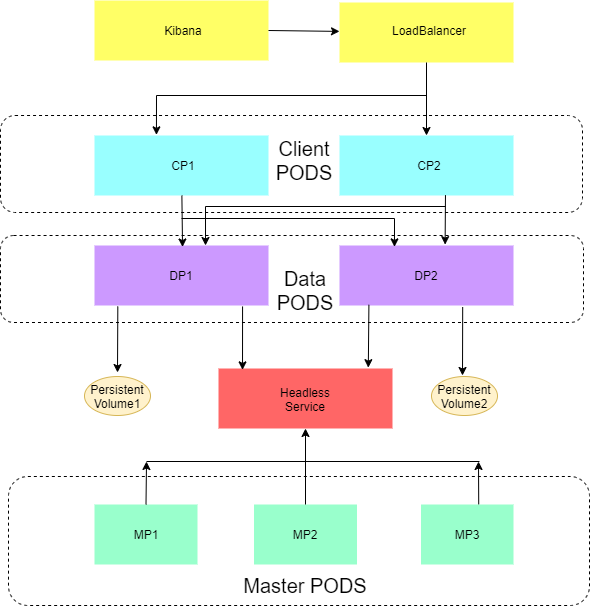 Creating manifest files for each of the cluster’s PODs is part of the Elasticsearch deployment process. OpenEBS adds a visibility tier for LocalPV Storage by connecting to the cluster and enabling cluster monitoring, logging, and topology tests. In addition, the following tools are used to enable cluster-wide analytics: 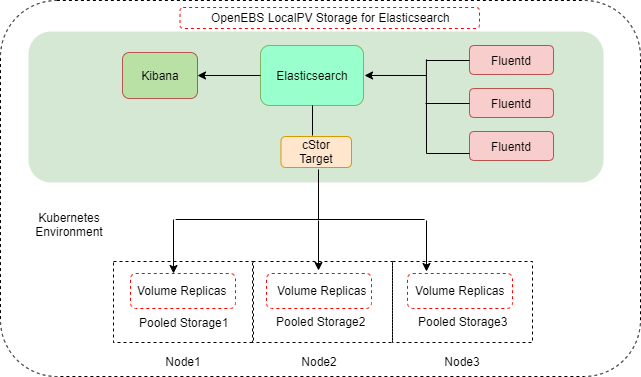 The processes and essential considerations for establishing Elasticsearch clusters on Kubernetes using OpenEBS Persistent Volumes are detailed in the following solution guide. You can construct persistent storage for the EFK stack supported by Kubernetes, to which OpenEBS is deployed, by following the guide. The tutorial covers instructions for utilizing Prometheus and Grafana to perform metric checks and performance monitoring for the Elasticsearch cluster.

Please let me know how you utilize Elasticsearch in production and if you have a particularly interesting use case to share.